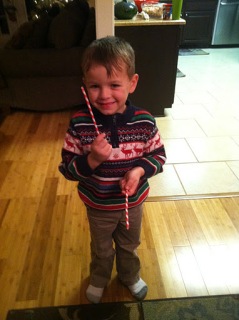 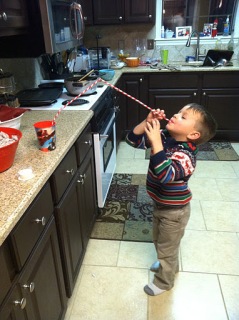 I came around the corner one day and found Owen doing this.  Typical Owen!

These two pictures certainly sum up what Owen is like at 4 1/2.  He is hilarious and growing like a weed!

The following are things I want to remember about Owen at this age:

I’m enjoying this stage and his eagerness to learn.  While I’m definitely sad that he’ll be going to kindergarten next year, I’m excited to watch him go through those big changes that I know he’s more than ready for.  We sure do love our sweet Owen!